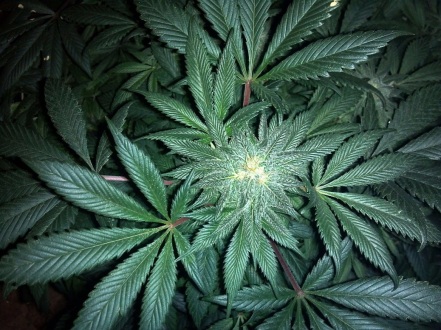 I wrote the following for the 234th issue of the Weekly Awareness Guide, a written document distributed weekly via email that I offer for $11.11 a month.

Income from the guide helps me get by and ensures I can continue to offer free content, and every subscription is appreciated. The option to subscribe is given at the bottom of this post (learn about subscribing with cash/check here).

Hated by prohibitionists and loved by its consumers and advocates, marijuana is considered taboo despite that it’s one of the least harmful drugs you can find.

Death by caffeine or Tylenol is more likely than death by marijuana, as the herb has never claimed a single life. Nevertheless, it remains a target of politicians and “ordinary” people who think, misguidedly might I add, that it represents society’s worst problems.

There was plenty of fear to go around when Colorado legalized cannabis, with wild claims ranging from “it’ll bring in more crime!” to “children will start using it!”, none of which has happened. Instead, it’s helped the state in countless ways that make legalization look viable.

The following are 25 facts about legalization in Colorado for those looking to visit or those interested in how it’s helped the state thrive.

We’ll start with some basic facts.

This is a given. Not only is it illegal to consume cannabis in Colorado if you’re under 21; it’s illegal to provide or even use it with someone under the age limit.

That should be plenty, even for those who consume a lot.

That’s significantly less than residents can buy, so if you plan to consume a lot, I’d recommend visiting someone who lives in the state.

This will probably change in the future, but visitors should keep it in mind. Grab some cash from an ATM if you plan to purchase anything.

If they’re at least 21 and no money is involved, you can share up to an ounce of cannabis with a friend. Remember, sharing is caring!

This means the local neighborhood dealer in Colorado is still breaking the law. You will be too if you attempt to sell it, so if you purchase some and decide you don’t want it, find a legal way to dispose of it. Trying to sell it back to someone could land you in hot water.

If you want to obey the law, you’ll have to wait to smoke or eat your product openly at your favorite Colorado nature trail. This too could change one day, but for now, the law is sensible in plenty of other ways. Let’s be happy.

Anyone caught driving under the influence will be met with harsh penalties.

This is one example of the treatment of marijuana being similar to alcohol, which is good. Rather than keep it illegal, Colorado chose to legalize with similar DUI penalties to those used for alcohol. It’s a step in the right direction.

Again, harsh penalties come into play. It’s just not worth it. Don’t do it!

This point isn’t intended to spread fear or ignorance, but awareness. Colorado edibles could be stronger for several reasons, one of which is that it’s easier to make a good, strong, high-quality product in a legal state with more oversight and responsibility on the part of the makers.

This also greatly reduces the chance of undesirable ingredients appearing in the product.

The Responsible Consumer’s Guide to Marijuana in Colorado, one of the main sources for this list, suggests taking it slow and being willing to ask questions about what you’re consuming. It’s recommended users new to edibles start with no more than a 10-mg serving and wait at least two hours before trying any more. (1)

It’s considered private use, just like lighting up in your home. You can also light up on a friend’s porch or balcony if they’re okay with it. As we learned, however, consumption in public – which includes in the street, on the sidewalk, and in a public park – is illegal.

Thus, if they haven’t already, they could set less strict laws for lighting up at your favorite nature spot.

That is, only if the establishment approves and you’re either vaporizing or staying in a smoke-friendly room. When deciding if you should light up in any public place, it’s best to be aware of specifications within the law.

Refer to this law if you wonder whether you’re allowed to light up in a public location like a bar.

This is also akin to how we treat alcohol and represents a step in the right direction. In the future, I’m sure we can expect even more sensible laws regarding cannabis and driving.

Many resorts are located on public or government land where consuming it is prohibited, and each resort could have its own (potentially harsh) rules.

It’s illegal to drive with 5 mg/nl of THC or more in your blood, just as it’s illegal for your blood-alcohol limit to exceed .08 while driving. (1)

The connection between these approaches is sensible and resembles what legalization advocates have been asking for.

The test for cannabis-related DUI, which is done at a local police station, requires neither a breathalyzer nor a urine test.

As we learned before, possession of up to an ounce is perfectly legal. But the penalties begin to climb after that. The maximum penalty for being caught with up to two ounces is a court appearance and $100 fine. (2)

It would be the end of the great state of Colorado as we know it!

Fortunately, as we now know…

Legalization has been undeniably positive for Colorado, and it’s only getting better. Some opponents have even indirectly admitted they were wrong. For example, Governor Hickenlooper wrote the following in a letter to his supporters:

“While the rest of the country’s economy is slowly picking back up, we’re thriving here in Colorado.” (3)

This is basically a soft admission that his initial cries of doom and gloom were inaccurate.

The following facts display how good legalization was for the state:

But where’s all that money going?

All this extra revenue is being funneled into Colorado’s infrastructure, public schools, and education for the youth on the dangers of substance abuse and addiction. (3)

Way to go, Colorado! Keep rebuilding your state and educating your youth.

The city and county-wide murder rate in Denver dropped 42.1% in 2014 compared to the same period the previous year. Violent crimes dropped by nearly 2% statewide, and major crime in general fell 11.5%. (3)

There’s no direct connection between legalization and the dip in crime, but it’s still notable.

That number will only rise. Like many of the other things on this list, these new jobs make it clear legalization is improving Colorado. The only question left is why other states haven’t followed its lead.

Why Don’t Other States Legalize?

The answer to this question is complex, but it comes down to the fact that not everyone thinks cannabis is a good thing. We have overwhelming evidence to suggest it is, but Reefer Madness-era propaganda still has its hold on society.

Some people prefer their opinion over fact. In their eyes, opinion is fact if you believe it hard enough. This is one of many things preventing legalization, and another is the presence of corporate interests with politicians in their pockets who profit when people think this way.

For now, legalization will be slow and steady. After enough positive steps, however, the masses will finally “get it” and urge governments worldwide to enact more sensible policies. We’ll protest until they comply, which they eventually will.

Fortunately, legalization in Colorado (and other places) shows that the government is at least a little willing to listen to the public.

(1) “The Responsible Consumer’s Guide to Marijuana in Colorado”, SensibleColorado.org – http://sensiblecolorado.org/phonebank/facts-legal-marijuana-colorado-2/

I’m a twenty-something writer & blogger with an interest in spirituality, revolution, music and the transformative creative force known as love. I run Openhearted Rebel, a daily news blog dedicated to igniting a revolution of love by raising social and spiritual awareness.

I also have a personal blog, Wes Annac’s Personal Blog, in which I share writings related to spiritual philosophy, creativity, heart consciousness and revolution (among other topics).

I write from the heart and try to share informative and enlightening reading material with the rest of the conscious community. When I’m not writing or exploring nature, I’m usually making music.

No copyright. Share freely with attribution to Wes Annac and Openhearted Rebel.