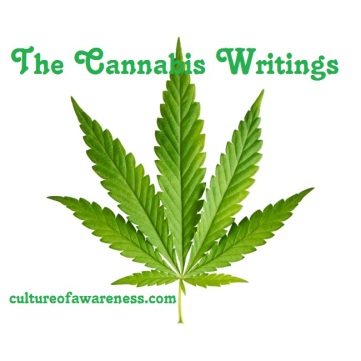 By conjoining both sides of the Autonomic Nervous System, cannabis ‘enhances’ both sides of the brain and allows for more (and cleaner) blood to enter. Thus, the mind becomes clearer and creativity is enhanced.

Since it works on both sides of the brain and unites the intellectually sharp left side with the creative, artful right side, it allows for relaxation and meditation or active, inspired creativity depending on the user and their intention. It works differently for everyone, and some might not feel as clearheaded or inspired as others.

Cannabis can energize you, make you alert and even give you strength, and most people don’t understand that with this plant, there is no ‘either/or’. It can relax you andenergize you; again, depending on your mindset and a few other factors. I suppose it comes down to what you want to get out of it.

If you want meditation, meditation is what you’ll get. If you want more energy, then you’re likely to get it. Or maybe you’ll receive both.

Here’s something interesting you might not know: Cannabis has been used by exhausted laborers in warm places for centuries because it gives them energy. You might think of caffeine before you’d think of cannabis for energy, but again, since it acts as a stimulant and a depressant, it can be used for either purpose.

Many laborers also use it to stimulate their appetite and produce the feeling of wellbeing you’d probably need if you spent your day working under the hot sun.

This plant can help you whether your work has to do with labor, creativity or anything else, and the fact that marijuana calms the body and unites the brain’s two hemispheres explains its effect on creativity.

Expansion of consciousness is apparently defined as unity between the opposite sides of the brain, which creates balance where there was only duality and one-sidedness. Since activity in both sides is enhanced under the influence of cannabis, the intellect and the spirit are effectively united.

Uniting the opposing forces within us could very well be the first step to spiritual awakening and enlightenment.

Since marijuana only does this for the duration of the high (ignoring for now the long-term psychological and spiritual benefits), it might be best to find a way to make the experience permanent; meditation would likely help.

By producing alpha waves, marijuana can also shift us out of a worried or distressed state and into a calm state, free from our cares and concerns. It seems to have the opposite effect for some people, who get paranoid, anxious and uncomfortable when they use it, but this could have to do with its illegal status and the fear of being caught.

It obviously isn’t for everyone, and I wouldn’t recommend it if it makes you anxious instead of calming you and opening you to your creative side.

One thought on “Cannabis: Mental, Physical and Spiritual Benefits – Part 2/4”