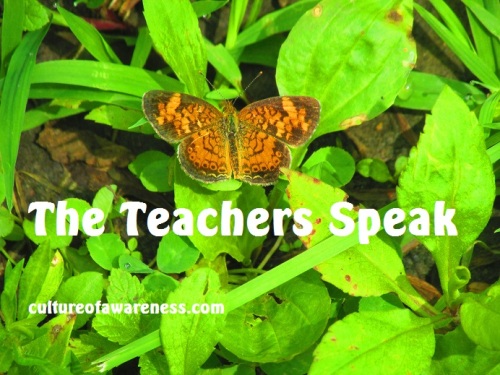 Wouldn’t it be great to have a description of one of the stages of enlightenment from someone who experienced it? I’m not referring to a guru, but to an active student on the path who discovered what he called the ‘Current’ and shared his experiences with the world.

This person is Franklin Merrell-Wolff. I might devote the next few articles in this series to dissecting and discussing his writings, because in them are embedded interesting experiences and mind-opening wisdom.

First, we’ll learn about a powerful experience that resulted in a deeper understanding of the fact that even though the mind creates reality, you experience enlightenment and oneness with the Source in a place beyond the stream of thought.

Despite this, Franklin was at peace with the mind during the experience we’ll learn about; he was aware of it but he didn’t engage it. This shows that despite the advice from many to get out of the mind and transcend the ego, they both accompany us into initial stages of enlightenment in a way that we are only loosely aware.

In the first passage, Franklin describes some of the circumstances preceding his experience.

“… During the latter half of July, I had some days of solitude combined with underground physical work, plus meditative readings in the ‘System of the Vedanta,’ as noted previously. Much clarification was achieved in my consciousness during this period, but two facts, one a correlating idea and the other an experience, stand out above the rest.

“The experience was a spontaneous development in the Current, but this time in a form that was more sensuously evident than on any prior occasion. Here, for the first time, I submitted It to analysis, in so far as It was reflected in the organism.

“…. During the first week of August we returned to San Fernando and, on or about the 7th of the month, the Glorious Transition came.” (1)

After reading and meditating on a section of The System of the Vedanta devoted to liberation, he realized that symbols and external validations of what we already know can inhibit the evolutionary process.

“I had been sitting in a porch swing, reading as previously stated. Ahead of the sequence in the book, I turned to section devoted to ‘Liberation’, as I seemed to feel an especial hunger for this. I covered the material quickly and it all seemed very clear and satisfactory.

“Then, as I sat afterward dwelling in thought upon the subject just read, suddenly it dawned upon me that a common mistake made in the higher meditation – i.e., meditation for Liberation – is the seeking for a subtle object of Recognition, in other words, something that could be experienced.

“Of course, I had long known the falseness of this position theoretically, yet had failed to recognize it. (Here is a subtle but very important distinction.)” (2)

I don’t discourage using symbols, music, spiritual text or anything that helps you, because it comes in handy in difficult times.

Franklin’s distinction is that he was intellectually aware of the futility of seeking spirit in symbols and experiences but he had not yet realized he was still doing it, and there’s nothing wrong with looking up to something that helps you as long as you remember that liberation comes from within.

When he realized that focusing on the symbol or the experience would inhibit him, he dropped all expectation for what would happen in this slowly emerging enlightened state of being.

“At once, I dropped expectation of having anything happen. Then, with eyes open and no sense stopped in functioning – hence no trance – I abstracted the subjective moment – the ‘I AM’ or ‘Atman’ element – from the totality of the objective consciousness manifold. Upon this I focused.

“Naturally, I found what, from the relative point of view, is Darkness and Emptiness. But I Realized It as Absolute Light and Fullness and that I was That. Of course, I cannot tell what IT was in Its own nature.” (3)

He also shares an important thought about relative and non-relative consciousness.

“The relative forms of consciousness inevitably distort non-relative Consciousness. Not only can I not tell this to others, I cannot even contain it within my own relative consciousness, whether of sensation, feeling, or thought. Every metaphysical thinker will see this impossibility at once.

“I was even prepared not to have the personal consciousness share in this Recognition in any way. But in this I was happily disappointed.” (4)