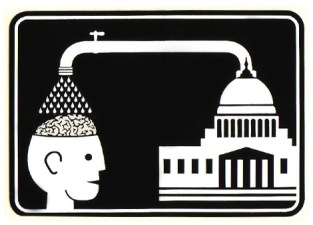 Want to Know poses an important question: If these young women could be instructed to do just about anything in an unconscious state, could they not be taken advantage of sexually?

“Want to Know Note: You will note the frequent use of ‘girls’ (young women) in these programs. Do you think the men in charge, having complete hypnotic control of these women, might have at times taken advantage of them sexually? Yet this would never enter the official documentation, with the one major exception below.” (1)

Unfortunately, the answer is yes; this has happened and the document below proves it.

“On 2 July 1951 approximately 1:00 p.m. the instruction began with [deleted] relating to the student some of his sexual experiences. [Deleted] stated that he had constantly used hypnotism as a means of inducing young girls to engage in sexual intercourse with him.

Want to Know Note: “This document shows that an instructor being used by the CIA took advantage of his skill in hypnosis to sexually abuse young women without their having any knowledge of being abused. How many CIA hypnotists did likewise?

“Do you think a man involved in these programs might take advantage of a beautiful, young woman knowing she would not remember afterward?

“Note that for some reason this document is not available in the CIA’s three CD set and must be ordered individually at this link. See the What You Can Do section … for suggestions on how we can stop this abuse.” (2)

It’s understandable to feel overwhelmed by all of this information. It might make you question how there can be such a level of evil lurking within institutions that seem to control everything, and the more you think about it, the more obvious it will become. Then, you might wonder how the masses let it get this way.

Unfortunately, it’s here and it isn’t going anywhere unless we stand up to it. It’s maintained through secrecy, and while most of us are generally aware that the government, big banks and other large corporations work against us (while surviving off of what we give them), we have no idea how deep the rabbit hole goes.

I’m sure mind control is only the tip of the iceberg, and these documents shed light on something we already know; the powers that be, which would rather control us and use us for war than help us prosper, are not our friends.

They have no interest in helping the world, and they use us in secretive and sometime horrific ways to get what they want. They thrive from our ignorance and unwillingness to talk about any of this, because we allow what they’re doing to continue by turning a blind eye.

I know this stuff is hard to read and it’s not as fun to think about as spirituality, higher dimensions or the evolution of the soul, but we have to accept this reality before we can change it to match the vision in our minds and hearts.

I have the same utopian vision of a planet free from social, environmental and spiritual pollution as many in the conscious community, but we have to focus on what needs to change before we can make the vision come true.

We can make the vision of an enlightened new age in human history a reality, but we have to be real about what’s preventing it and work as actively to stop all of it as we do to evolve spiritually.

We can’t focus on enlightenment or utopia while darkness and suffering thrive, and we have to expose and get rid of the bad before we can enjoy the good. We can only spread the light by diving headfirst into the darkness and reaching out a hand for those who are lost.

There are about six more documents I didn’t include in this report, and if you’re interested in educating yourself and raising awareness, I recommend reading the rest of them at Want to Know (link below in footnotes). As long as you can handle an uncomfortable truth, you can bring awareness to it and inspire revolution.

If we don’t do it, nobody will. Too many people are unwilling to explore topics that take them out of their comfort zone, but in this case, complacency will cause our demise whereas education and enlightenment will liberate us (and the planet) from mind control and certain destruction.