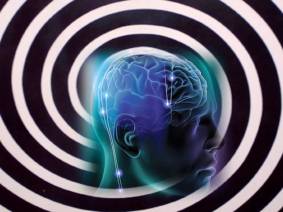 In a disturbing document, we learn how mind controlled ‘super spies’ were trained to kill against their will. The test subject in this case was afraid of guns and totally unwilling to pick one up in her normal waking state, but in her hypnotized state she was perfectly capable of picking it up and firing.

“A posthypnotic of the night before (pointed finger, you will sleep) was enacted. Misses [deleted] and [deleted] immediately progressed to a deep hypnotic state with no further suggestion.

“Miss [deleted] was then instructed (having previously expressed a fear of firearms in any fashion) that she would use every method at her disposal to awaken miss [deleted] (now in a deep hypnotic sleep), and failing this, she would pick up a pistol nearby and fire it at Miss [deleted].

“She was instructed that her rage would be so great that she would not hesitate to ‘kill’ [deleted] for failing to awaken.

“Miss [deleted] carried out these suggestions to the letter including firing the (unloaded pneumatic pistol) gun at [deleted] and then proceeding to fall into a deep sleep. After proper suggestions were made, both were awakened and expressed complete amnesia for the entire sequence.

“Miss [deleted] was again handed the gun, which she refused (in an awakened state) to pick up or accept from the operator. She expressed absolute denial that the foregoing sequence had happened.” (1)

The young woman given the gun then expressed her reluctance to continue the experiment. In response, those overseeing the experiment lulled her back into a hypnotic, submissive state and continued on. They wrote that she would improve with proper training.

“Miss [deleted] felt reluctant about participating further since she expressed her doubt as to any useful purpose in further attendance. The Operator thereupon proceeded in full view of all other subjects to explain to Miss [deleted] that he planned to induce a deep state of hypnosis now. The reaction was as had been expected.

“Miss [deleted] excused herself to make a telephone call (defense mechanism?). Upon her return a very positive approach was adopted by the operator whereupon a deeper, much deeper state of hypnosis was obtained.

“Immediately a posthypnotic was induced that when the operator accidently dropped a steel ball in his hand to the floor … Miss [deleted] would again go into hypnosis. Miss [deleted] then advised that she must conclude her work for the evening.

“She arose to adjust her hair before the mirror. The ball was dropped and she promptly slumped back into the chair and back into hypnosis. It is the opinion of the operator the Miss [deleted] if properly trained (positive approach) will continue to improve.” (2)

As Want to Know points out, this became less of a volunteered role and more of a role forced onto the test subjects, as outlined by the fact that the young woman who wanted to leave was hypnotized and forced to continue.

Want to Know Note: “Here we have proof that these women could be converted into unsuspecting and even unwilling assassins. They could be programmed to assassinate anyone and would do so without any conscious knowledge afterward.

“Note also the questionable status of ‘volunteer’ implied. Though these women originally volunteered, unwillingness to continue could be manipulated by the men running the program.” (3)