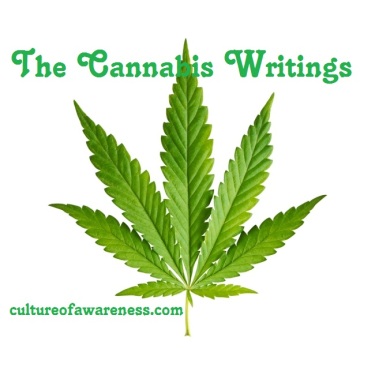 Sometimes, I receive a negative response when I post about cannabis. I suppose it’s understandable, because society still frowns on it despite the evidence that it can help the world in a multitude of ways. Since I believe as much in unity as I do the herb, I try not to argue with people about it.

I just want to share what I know about it, and backlash is normal (even from your own community) when you write or talk about anything controversial. 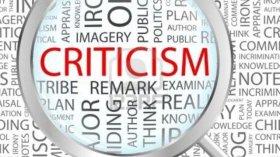 You’re going to be criticized; if not directly from the government or paid trolls on the internet, then from someone who believes the government’s lies and thinks it’s their duty to stand up against the controversial subject. In this case, they think cannabis is a scourge that needs to go away.

I don’t agree that it’s bad for us or it stifles social and spiritual evolution, and even though I’ll proudly stand up for it, I don’t want to fight you if you’re against it. However liberal, naïve or new-agey this will sound, I want for us all to work together to improve our planet no matter what we independently think about cannabis (or anything else).

I have, however, noticed a great deal of criticism against it from many of my brothers and sisters in the spiritual/new age/ascension community. Don’t get me wrong; there are a lot of lightworkers, ‘starseeds’, etc. who are open to it and lobby for its legalization, but some are vehemently against it.

Maybe it has nothing to do with the belief that we’ll ascend into light bodies and live on a fifth-dimensional planet, but the majority of criticism I’ve received against cannabis has come from this corner of our community.

I’ve been told it deteriorates your health and lowers your vibration, and sadly, I’ve read government propaganda from fellow lightworkers who genuinely believed what they were writing. They’re convinced they’re living righteously by fighting the plant, but they aren’t up to date on many recent discoveries that shed light on its benefits.

Their main argument, which can’t be proven or disproven since it has to do with spirituality and mainstream science is still unwilling to go there, is that cannabis traps you in the realm of astral ‘drug’ entities that steal away your energy every time you take a toke.

Cannabis can be destructive if overused like anything else, but I have trouble believing that an herb that provides deep meditation and mind-expanding visions for so many people is counterproductive to spiritual growth or opens users to negative entities.

Like plenty of other erroneous statements regarding its spiritual value, this appears to give the dark side more power than it really has. If you do some research and think about it, you’ll quickly realize that this plant was put here to help us, not hurt us.

I also notice that the most avid anti-cannabis activists have either never tried it or have known someone who was psychologically dependent on it and threw their life away just so they could get high and play video games (or some other stereotype).

They don’t realize that we determine how we live regardless of whether or not we smoke pot, and we can be productive in society either way if we apply ourselves.

Some people let horror stories decide what they think about it, and they lump it in with cocaine, heroin and other synthetic drugs that are actually bad for you. They see cannabis as a dangerous drug that, like heroin, makes a devastating impact on their community.

In reality, legal cannabis would improve communities by taking money away from cartels and drug dealers, providing medicine for suffering patients and generating massive revenue for local and state economies.

The idea that it’s a dangerous drug doesn’t factor in that it comes from the earth and to get rid of it would be to defy the will of nature, but some people don’t think the world can evolve until it’s gone.

I don’t mean to sound harsh toward those in our community who are against it, but with so much unawareness making its way into a community that’s supposed to be conscious, something needs to be said.

We need to stand up for cannabis before it’s either taken away or legalized and brought under the control of corporations that’ll synthesize it, genetically modify it and make it physically addicting, and it doesn’t help to be relentlessly opposed in the face of a growing body of evidence that it can help society.

If we can be respectful to those who’ll think differently no matter what we say, we can eradicate propaganda with truth and invite the hesitant to change their minds about a plant that could very well help them, and the world around them, evolve.

For more writings about cannabis, check out The Cannabis Writings on the Culture of Awareness.

3 thoughts on “Opposition to Cannabis in the Spiritual Community”