A ‘guru’ is a spiritual teacher who’s life mission is to show the way to enlightenment. The guru is generally seen as an enlightened figure, but some teachers are imperfect and honest about their imperfection.

They teach that being comfortable with imperfection is an important step to enlightenment, and I’m sure every teacher learns as they teach, no matter how enlightened they may be.

Full-on enlightenment isn’t always required to show the way, and personally, I’d rather study under someone who’s aware of their flaws and willing to discuss them than someone who claims to be perfect.

Here, we’ll hear from various popular spiritual figures on the subject of the guru. We’ll learn what a guru is and why these teachers are important, and I’ll share my thoughts on what we read along the way.

I’d recommend a healthy level of discernment and independent thinking with the material we’ll explore. Rather than taking it at face value, feel free to form your own opinion.

The reverence some gurus enjoy probably doesn’t vibe well with some spiritual seekers, and however cliche this might sound, the true teacher lives within.

The guru’s purpose is to show the way, and not one of them, however enlightened, can get us there by themselves; they can only guide us on a unique, personal journey.

According to Sri Ramakrishna, the guru is a matchmaker between man and the Most High.

“Do you know what the guru is? He is like a matchmaker. A matchmaker arranges for the union of the bride with the bridegroom. Likewise, a guru prepares for the meeting of the individual soul with his Beloved, the Divine Spirit.” (1)

The guru, Paramahansa Yogananda tells us, is appointed by God to help devotees find enlightenment.

“The Guru (or Preceptor) is the living embodiment of scriptural truths and is the agent of salvation appointed by God in response to a devotee’s demands for release from all bondage of matter.” (2)

To ‘attain our highest goal’, he tells us, it helps to have a teacher whom we can follow closely with ‘intelligent devotion’.

“Hence, the first requisite in your spiritual path lies not entirely in going to church services and being a passive member, satisfied merely with listening to sermons, but also in finding your spiritual Guru who will lead you as far along the spiritual path as you wish to go.

“Having found him, follow him closely, obey him with intelligent devotion, and practice what he teaches you: thus ultimately you will attain your highest goal. ” (3)

My interpretation of intelligent devotion is to be discerning with the guidance we receive.

Not everyone who studies under a guru foolishly places all of their trust in this figure before knowing whether or not they should, and some people scrupulously evaluate a teacher before they study under them. 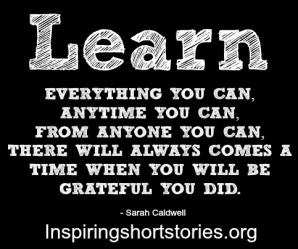 In my eyes, to follow a guru with ‘intelligent devotion’ is to be devoted if we feel we should yet willing to intelligently question what we’re told; not for the sake of rebellion, but to learn as much as we can on this path full of infinite possibilities.

If a guru takes offense at being questioned instead of seeing it as an opportunity to help their student grow, they might not be as credible as they want people to think.