We left off from a discussion about the visitations the Confederation made with the Atlanteans, which didn’t go as well as the Confederation intended. While their teachings were initially accepted and utilized, they gradually became distorted and used for war, which eventually resulted in the sinking of the Atlantean continent.

The Confederation, which includes Ra, never wanted this to happen.

Despite the Atlanteans’ distortion of their teachings, there were a couple other civilizations the Confederation made contact with in hopes of helping them evolve. One of those civilizations was in South America, and here, we’ll learn about these well-meaning South American visitations, which also didn’t go as planned.

This story is similar to what happened in Atlantis, with a few small differences such as the style of the pyramids that were created. As we’ll learn here, it took longer for the South American civilization to muddy the Confederation’s teachings, but unfortunately, it did happen.

First, Ra tells us that the South American civilization was contacted because of their worship of the sun and their interest in its ‘manifestations’.

Ra: “I am Ra. This will be the final full question of this session. The entities who walked among those in your South American continent were called by a similar desire upon the part of the entities therein to learn of the manifestations of the sun. They worshiped this source of light and life.

“Thus, these entities were visited by light beings not unlike ourselves. Instructions were given and they were more accepted and less distorted than ours. The entities themselves began to construct a series of underground and hidden cities including pyramid structures.” (1)

Like I mentioned earlier, the pyramids were designed differently than the ones in Atlantis and Egypt. 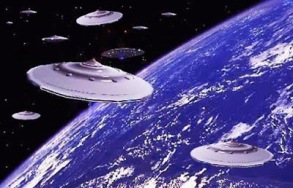 Once the Confederation group realized the civilization’s advancement was going smoothly, they decided to leave because they felt they were no longer needed.

“These pyramids were somewhat at variance from the design that we had promulgated. However, the original ideas were the same with the addition of a desire or intention of creating places of meditation and rest, a feeling of the presence of the One Creator; these pyramids then being for all people, not only initiates and those to be healed.

“They left this density when it was discovered that their plans were solidly in motion and, in fact, had been recorded. During the next approximately three thousand five hundred [3,500] years these plans became, though somewhat distorted, in a state of near-completion in many aspects.” (2)

The information (and the plan that came with it) had been slightly distorted by that point, but not nearly as much as the Atlanteans’ teachings. Along with the fact that the plan for harvest was near to fruition, the Confederation entities decided they no longer needed to stick around and help.

You might recall from our previous discussion that people on other planets are usually able to evolve without the assistance of any higher force (including a terrestrial guru), and it makes sense that the Confederation would want to step back at a certain point and let these civilizations evolve on their own.

There are times when the Confederation needs to speed up the evolutionary plan by appearing and sharing wisdom and technology, but for the most part, they prefer to watch from the other side as civilizations discover science, spirituality and other liberating concepts and use them to evolve.

The Confederation group who originally helped the South Americans returned a little while later to correct the slight distortions that had been made in their teachings, but unfortunately, it went downhill from there.

“Therefore, as is the case in all breakings of the quarantine, the entity who was helping the South American entities along the South American ways you call in part the Amazon River went before the Council of Saturn to request a second attempt to correct in person the distortions which had occurred in their plans. This having been granted, this entity or social memory complex returned and the entity chosen as messenger came among the peoples once more to correct the errors.

“Again, all was recorded and the entity rejoined its social memory complex and left your skies.

“As in our experience the teachings were, for the most part, greatly and grossly perverted to the extent in later times of actual human sacrifice rather than healing of humans. Thus, this social memory complex is also given the honor/duty of remaining until those distortions are worked out of the distortion complexes of your peoples.” (3)

The Confederation’s naivety is made apparent numerous times in the Law of One material, and despite what happened to their teachings in Atlantis and Egypt, they figured the South American civilization would be able to handle these teachings without their receivers developing a god complex, enslaving their people or demanding human sacrifice.

But all of that did happen, and after so many visitations went wrong, it was eventually determined that a lighter approach would have to be taken (as we’ll learn below). We earthly humans are an interesting species, and not only have we been somewhat incapable of evolving on our own – we’ve even perverted the help we’ve been given.

The elitists of every civilization are more to blame for the perversion than the general public, but our evolutionary flaws are still worth pointing out.

In our final quote, Ra explains why contact has been sparse since the Atlantean/Egyptian/South American visitations.

Question: “In the last session you mentioned that during this last 25,000-year cycle the Atlanteans, Egyptians, and those in South America were contacted and then the Confederation departed. I understand the Confederation did not come back for some time. Could you tell me of the reasons, and consequences, and attitudes with respect to the next contact with those here on planet Earth?

Ra: “I am Ra. In the case of the Atlanteans, enlargements upon the information given resulted in those activities distorted towards bellicosity which resulted in the final second Atlantean catastrophe [10,821] of your years in the past, as you measure time.

“Many, many were displaced due to societal actions both upon Atlantis and upon those areas of what you would call North African deserts to which some Atlanteans had gone after the first conflict. Earth changes continued due to these, what you would call, nuclear bombs and other crystal weapons, sinking the last great land masses approximately [9,600] of your years ago.

“In the Egyptian and the South American experiments results, though not as widely devastating, were as far from the original intention of the Confederation. It was clear to not only us but also to the Council and the Guardians that our methods were not appropriate for this particular sphere.

“Our attitude thus was one of caution, observation, and continuing attempts to creatively discover methods whereby contact from our entities could be of service with the least distortion and above all with the least possibility of becoming perversions or antitheses of our intentions in sharing information.” (4)

I think it’s mentioned elsewhere that the Confederation determined that channeling would be a safer, lighter approach to contacting people or civilizations who are ready to evolve. They may have mentioned that they telepathically contacted the Atlanteans before actually landing and sharing their knowledge (some of the Atlanteans made a group-mind call and the Confederation answered), but in more recent times, they’ve used channeling to connect.

In Ra’s case, they were able to speak through Carla Rueckert, and there have probably been a few other talented channelers who brought through genuine information about all of this. Most channelers are probably unable to connect with Ra since they send a ‘narrow band vibration’ that’s difficult to connect with or interpret accurately, but the Confederation has determined channeling to be a safer method than direct contact.

I’m sure that’ll change when people wake up and start living from the heart instead of the ego, and for now, we have an amazing database of, in my opinion, accurate and detailed channeled information from Ra to help us understand our reality in a new way.

The time will come for the Confederation and any other spiritually evolved extraterrestrial force to walk openly among us, but we have to prepare ourselves for such a monumental thing before we can actually experience it. It will happen, but only when we can experience it without descending into madness or inflated egotism.

I’m a twenty-two year old spiritual writer, blogger, musician, and channel for the creative expression of the inner universe, and I created The Culture of Awareness daily news site.

One thought on “Earth History According to Ra: South American Visitations”