You might’ve heard that we’re undergoing a social and spiritual revolution, but what exactly does this mean?

In my eyes, social revolution can be described as a group of people, large or small, who are fed up with the way the system functions and are ready to bring it down and replace it with something that works for the people instead of a small handful of powerful elites and the corporations they run.

Moderate social revolutionaries plan rallies, protests and other events that are intended to get the world’s attention – either on a specific issue or a group of issues that have to do with the way our society functions – and these events are successful in some cases.

Spiritual revolution is similar, and it comes from people who are not only fed up with the system, but who understand that there’s a greater reality beyond our conscious understanding that, once we become aware of, we can tap into and use to help the world.

Spiritual revolution is the result of the worldwide awakening that’s been taking place for decades, and when most people wake up, they usually want to find people who understand them and are willing to have intelligent, spiritually stimulating conversations.

‘Spiritual revolutionaries’ are starting to represent a major portion of the worldwide population, and I’ve met people from all around the world who are awake and willing to work hard to advance our collective evolution.

All around the world, likeminded, awakening people are coming together to share their knowledge and strengthen our morale, and there’s a reason so many spiritual people want to change the world.

Social and spiritual revolution go hand in hand, and I’d imagine a lot of genuine revolutionaries have some kind of spiritual understanding that strengthens their work and inspires them to strive for truth, justice and the creation of a new world.

Most spiritual revolutionaries are just as interested in changing the world as social revolutionaries, and I think the two groups will continue to merge as more socially conscious people grow to understand themselves and their reality in a deeper way.

A lot of changes are coming to this planet, and we need to be aware of them if we want to successfully navigate the intensity of it all.

The unity of the socially and spiritually aware communities is essential if we want our transition from the old world to the new one to be relatively smooth, and while some difficulties could come our way no matter what, coming together will make things easier.

Understanding that we’re all one, despite any outer differences we appear to have, will help us navigate this transition in the easiest way possible.

It might require us to look deep within and find love for our fellow man, and it’ll also require the socially and spiritually aware communities to open up to other groups and people who they might’ve fought in the past.

All of humanity needs to come together if we want anything to change, and it helps that so many socially aware people have discovered their spirituality and are working to bridge the gap between the two.

Ultimately, we have to individually learn to operate from a higher vibration if we want to bring the world together. I don’t mean to sound preachy, but I don’t think there’s any way around it.

The path into a collectively blissful state of consciousness will be paved by our individual efforts to enlighten ourselves and pour that positive energy into the world around us, and everything will flow like water when we open our channels and connect with our inner Christ.

It isn’t necessarily a religious concept, but to sound cliché, it is spiritual. 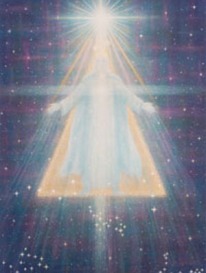 Deeply spiritual, in fact, and Christ consciousness doesn’t really have anything to do with Jesus or any other related concept. Neither does the concept of the ‘higher self’ or a higher consciousness in general, and these are just terms that point to the greater awareness we can all tap into.

Tapping into it is essential if we want people to come together without killing each other in the process, and the unity of the socially and spiritually aware communities will be a lot easier when we all look within and we can greet the world around us with a positive vibration.

I think this is the best way to handle the darkest issues we face as a society, and contrary to popular belief, being spiritually elated or on a constant high vibration doesn’t mean we ignore or avoid the dark aspects of life.

We can’t deny that there’s a lot of darkness here on earth, and it isn’t meant to be denied or ignored – it’s meant to be confronted head on, from a perspective that’s willing to understand and ultimately transform it.

The socially and spiritually aware communities can make this transformation together, but only when we’ve all confronted and transformed our own darkness and we can empty ourselves of those pesky, ego-driven stresses and desires that hold us back.

When we all make this essential achievement, which will admittedly take a lot of inner work, achieving our goals will be a lot easier because we’ll have found the inspiration to work hard for a noble and worthy cause.

It’s time to rise up, find those who are of a like mind and begin to discuss how we can transform ourselves and our society, and we have to act now. The longer we wait, the longer our new world will take, so let’s stop waiting and finally start doing something.

The success of our respective revolutions, which we can merge into one mighty revolution, depends on it.