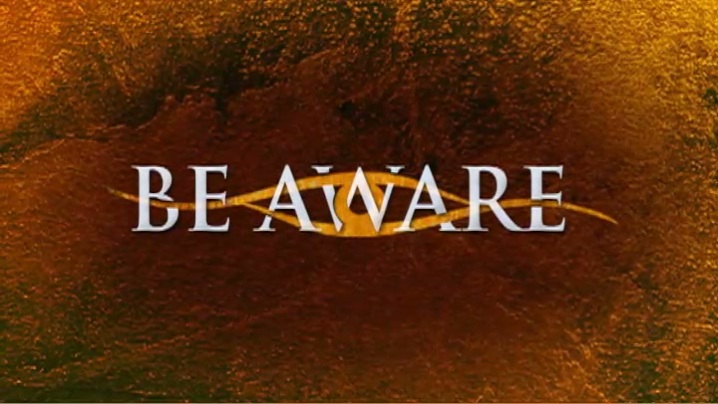 The following was written by Wes Annac for the “planetary healing” segment of The Aquarius Paradigm Weekly Newsletter, which is being offered for $11.11 a month. Income from the newsletter helps my family and I get by, and the option to subscribe will be given below.

Awareness is an essential element of introducing significant change on a planet where corruption and greed have run rampant. Last week, I wrote about the importance of caring for the planet, and in my opinion, becoming aware of the injustice that has and continues to be perpetrated is important to healing it.

I’m not saying we should fight against the powers that were, but we should certainly become aware of everything they have and continue to do. From a heart-centered space, I think it’s important to bring exposure to the actions and agendas that’ve been hidden in the dark, away from the perception of most people.

As we do, we should also focus on developing a newer, more sustainable way of life that incorporates awareness and frees us from the oppression we’ve lived under. Becoming aware of the ways in which we’ve been controlled and oppressed will motivate us to look toward a new way of life and awaken as many people as we can.

Awareness is a beautiful thing, because it inspires most people to want to change every distorted aspect of society they’ve become aware of. We’re ready to transcend the follies of western society and welcome a new day, and with awareness and dedicated focus, we’ll do just that.

Humans have much more power and potential than we’ve let ourselves believe. We’re infinite beings with the potential to unite and change the world around us, and if we can only recognize the ways this planet has been controlled and plundered, we can take real and significant steps away from such control.

Those of us who are aware of the powers that were are ready to create something new, but how many people beyond us even realize a new day is dawning? How many people understand that our planet is being run from behind a thin veil and that, if left to their own devices, the former powers would’ve taken drastic measures against humanity?

There aren’t enough people who understand the gross manner in which the planet and its people have been controlled, and even though most of us are probably ready to move on from cabal discussions and into the greater concepts and topics spirit has for us, some of us still have work to do to awaken the rest of humanity.

We’re all in different stages of our growth, and some of us have moved far beyond any thought about the lower forces that have and continue to ravage the planet. A lot of seekers have probably advanced beyond the desire to bring them up at all, but people who are a little more in the dark could still use a heart-centered force to help them become aware.

Like I’ve said before, we can talk about oppression and injustice from a heart-centered space. When we talk about things that could be seen as “lower” we don’t have to dip down into the vibration associated with them. From a brimming and joyous place, we can bring light to the crimes of the former powers.

Even though a lot of playful nicknames have been created for them that suggest their reign is over, the cabal is unfortunately still up to their crimes against humanity. Don’t get me wrong – more light is being shown on them than ever before and their downfall is certain, but in this moment, they still get away with too many things.

Accountability is a necessity, especially when it comes to the heinous crimes of the former powers. I know that everything’s moving along, but honestly, with how much they continue to do and how much awareness has grown in the last decade, I’m surprised they haven’t been halted already.

I don’t have anywhere near the perspective of the greater forces helping bring our evolution about, but I’m ready to see divine justice and true accountability. It’ll happen in due time, but it baffles me that so many people are still so unaware of such big and malevolent things. The cabal’s hidden themselves right out in the open!

Awareness can be bred from a loving space, and the strength to confront any evil or unjust force comes directly from Source and helps one operate in the name of divine justice and the reestablishment of peace and a plethora of other divine qualities. Awareness breeds exposure, and this breeds a new way of life for everyone involved.

As our consciousness continues to grow, awareness and clarity will help us perceive the wonders spirit has to offer. We’ll have grown into a clear, refined state of enthusiastic ability to perceive and understand things we couldn’t begin to here on earth, and the clarity and awareness we cultivate now will help us immensely down the road.

I think clarity is an important part of awareness. It’s one thing to be aware, but it’s another altogether to cultivate the clarity required to really illuminate the darkness and the forces, both incarnate and spiritual, that’ve kept them in place.

I think the biggest shock for most people is going to be that the former powers are Luciferian and commit all of their crimes in the name of lower forces and entities. All of the spiritual aspects of our existence will be stunning, but learning that people in power, some who’ve masqueraded as Christians, have deep roots in the hellish realms will really wake us up.

For religious people especially, that could either come as a big shock or no surprise at all. Some religious people are more in tune than they’re given credit for, and religion doesn’t inhibit one from seeing what’s right in front of them.

Whether you’re religious, atheist or generally spiritual, awareness will help you understand the changes that need made before we can live in a better, fairer society. Awareness obviously extends beyond politics, and once the cabal’s out of the way, we can use our awareness to focus on the changes we need to make as a budding galactic civilization.

Deeply rooted awareness will help us change the planet after the forces of injustice are held accountable, because we’ll see the planet’s condition with newer, clearer eyes and compare it to the condition we’re ready for it to be in. As we do, we’ll gradually understand the things we need to do to make our reality reflect our dreams.

In the higher dimensions, awareness is probably sharpened to proportions we can’t yet fathom. We’ll use awareness to perceive greater things in a clearer way in the higher realms, and we’ll continually search for more awareness; a higher state of consciousness; a purer perception.

Our search for insight will always continue, and it should go without saying that awareness will help us excel spiritually as much as physically. Awareness of the former powers is obviously important, but greater, spiritual awareness feels better than anything I can describe.

True, higher-dimensional awareness can be hard to attain amidst the stress and pain of the physical earth, but nevertheless, accessing and feeling it is very rewarding. Despite its present difficulty to attain, I have a feeling that the more we attempt to feel it, the easier it’ll flow through.

Awareness, both spiritual and physical, is something that we initially strive for but that eventually flows to us. Sound familiar?

As long as we make an effort to become aware of anything and everything we’ve been kept in the dark about, we’ll be able to. It’ll require effort and persistence, but when we feel the resulting greater perception, we’ll see that it was well worth it.

Physical and spiritual awareness will enrich our lives, whereas complacency and dull-headedness will slow our pace and our quality of life. It feels good to be aware of certain things, even if other people aren’t aware or couldn’t believe in their reality, because an existence that was once limited is expanded with complete, unhindered infinity.

Just like clarity, awareness and livelihood go hand in hand. Perhaps the three of them combined has the greatest effect, because a lively and energetic seeker will really be able to shine their light on everything, be it political or spiritual. An enthusiastic seeker will be able to get a lot done, because they’ll feel clear-headed and motivated to do whatever’s required of them.

A motivated seeker has no problem speaking out about things they know aren’t right, nor do they have any reservations about calling hypocrisy when they see it. They don’t necessarily do it from a rebellious stance (although some of them might) but from the stance of a lighted force shining their perception onto darkness.

A motivated, aware seeker feels the things they express flow out of them. Sometimes, surrender is required to reap the biggest fruits of this flow, but when they’re in tune, everybody benefits.

Becoming aware of the continued attempts to oppress humanity (some successful) and the existence of brimming spiritual realms and myriad civilizations beyond our planet will help us spread the light and truth around, and even if most people can’t open up to most of the things we talk about and advocate, they’ll become aware in their own time.

For now, those of us who’ve started opening our eyes can use our awareness for the good of the planet. It only takes the decision to start serving, and even if it’s difficult at first, our growing sense of clarity and invigoration will help us develop our service.

In essence: it’s time for us to shine, and awareness, clarity and invigoration will help us do just that.

This concludes this week’s planetary healing.

(Subscription option via PayPal below. Credit and debit cards are accepted.)

2 thoughts on “Planetary Healing: The Importance of Awareness”